This is the second of a two-part dive into the story of oceans on Earth and elsewhere, following my review of Ocean Worlds. That book gave a deep history of how our oceans shaped Earth and life on it and briefly dipped its toes into the topic of oceans beyond Earth. Alien Oceans is the logical follow-up. How did we figure out that there are oceans elsewhere? And would such worlds be hospitable to life? Those are the two big questions at the heart of this book. If there is one person fit to answer them, it is Kevin Peter Hand, a scientist at NASA’s Jet Propulsion Laboratory and their deputy chief for solar system exploration. 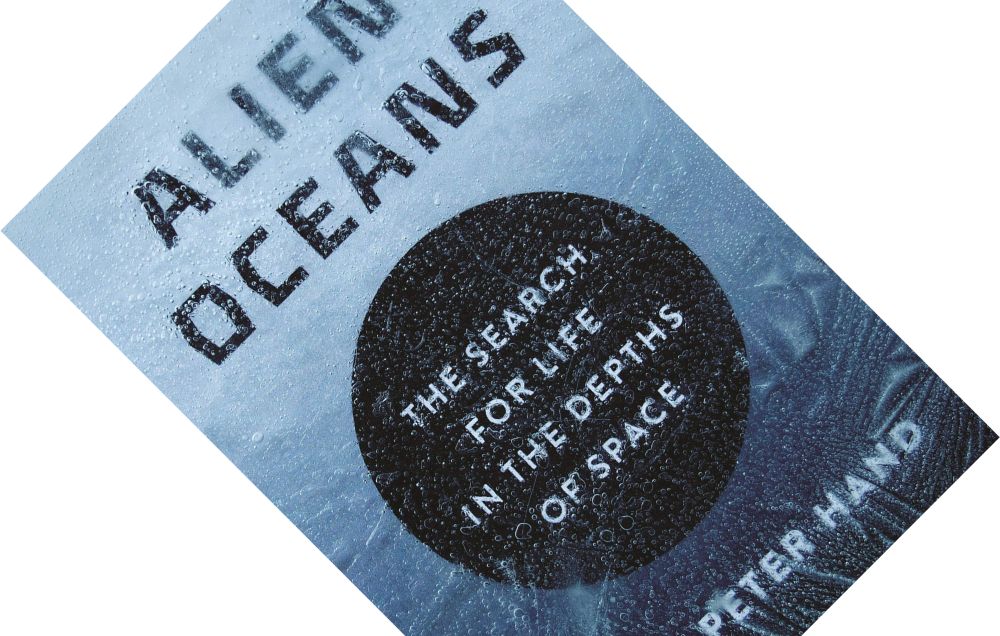 Alien Oceans: The Search for Life in the Depths of Space, written by Kevin Peter Hand, published by Princeton University Press in March 2020 (hardback, 248 pages)

A major question in astrobiology is whether the evolution of life on Earth is a fluke, or whether life is bound to pop up wherever conditions are favourable. Hand very neatly frames this in the bigger history of science. Over the centuries, we figured out that the laws of physics, chemistry, and geology work beyond Earth. But “when it comes to biology, we have yet to make that leap. Does biology work beyond Earth?” (p. 15). What we have learned is that life as we know it needs water. And though there is no shortage of theories on the origins of life, oceans are very likely where it started, and thus a logical first place to start looking for answers.

If you have any interest in astrobiology, you will probably have heard of the concept of a habitable zone or Goldilocks zone where, based on the distance to a star, conditions for life are just right. Not so close as to be too hot, nor so far as to be too cold. Earth obviously falls in that zone. Next to many minor insights, Alien Oceans had three major eye-openers for me. This was the first one:

There are other Goldilocks zones.

Depending on the details of their orbit, moons can experience such strong tidal tugs from their parent planet that the constant squeezing and stretching of the rock creates enough heat through internal friction to sustain liquid water. The physics of water helps, as it has a seemingly mundane but rather unusual property. Ice floats. When water solidifies, its density decreases slightly. What this means for moons is that the liquid water exposed to the cold of deep space freezes and forms a protective icy shell. Most liquids do not have this useful property. When they freeze, they sink to the bottom exposing more liquid until all of it is frozen solid. To top it off, ice is also a good thermal insulator, helping such ocean worlds retain heat. Maybe I have been hiding under a rock, but this was revelatory for me. Suddenly, the amount of cosmic real estate suitable for life has increased quite dramatically. And we have some of it right here on our doorstep.

The existence of oceans in our solar system and how we gathered the evidence is one of the two major threads running through this book. Hand examines this in detail for Jupiter’s moon Europa, which has been studied in the most detail. Three types of data are typically gathered: spectroscopic, gravimetric, and magnetometric. This is where Hand gets fairly technical, though, fortunately, he extensively uses comparisons with everyday concepts and technologies to help you understand the underlying (astro)physics. Without retreading his careful explanations, in Europa’s case, these different strands of data all converge on a moon with an icy shell and a substantial subsurface ocean some 80-170 km thick as the best explanation. Mixed in with this narrative are the details and many technical setbacks of the Galileo mission that are nail-bitingly tense in places.

Similar missions and measurements have been done for Saturn’s moons Enceladus and Titan, Jupiter’s moons Ganymede and Callisto, Neptune’s moon Triton, and Pluto. The evidence for oceans gathered so far gets less robust in this order, but there are some notable variations on the theme. Enceladus ejects spectacular plumes of water and carbon compounds that were photographed and sampled by the Cassini-Huygens mission. Ganymede, meanwhile, is so large that the bottom of its ocean might consist of an exotic form of dense ice, ice III, formed at very high pressures not seen on Earth, meaning its ocean is sandwiched between two layers of ice.

So you have found exo-oceans. Now what? Can we expect to find life here? That is the second major thread. Hand identifies five conditions for life to emerge: a solvent such as water, chemical building blocks, an energy source, catalytic surfaces, and time. Interestingly, there is a gap between two schools of thought. The top-down explanation deconstructs life backwards in time until we arrive at an RNA world, but how did that get started? The bottom-up explanation has shown that life’s basic building blocks such as amino acids exist in space, but how do we go from there to larger functional molecules?

“There are other Goldilocks zones. Moons can experience such strong tidal tugs that the heat released by internal friction can sustain liquid water.”

This was the second major eye-opener for me: “Our environment is full of chemical disequilibrium […] there are reactions just waiting to happen. […] The metabolisms that drive life accelerate reactions in the environment, releasing energy faster than would have occurred without life” (p. 144). Hand takes a leaf out of Nick Lane’s book The Vital Question (which, shame on me, I still have not read) when he enthusiastically concludes that “the why of life is metabolism” (p. 146), offering the universe a pathway to increase entropy faster. These are remarkable ideas that give a whole new meaning to philosophical questions on the meaning of life.

The third and final eye-opener concerns the need for a catalytic surface, which is where Hand circles back to oceanographic exploration here on Earth, a recurrent theme in this book. When the submarine Alvin discovered hydrothermal vents in 1977 and found them teeming with life, these quickly became a popular alternative explanation to warm tidal pools as a place where life could have started. These so-called black smokers are powered by magma rising to the surface at mid-ocean ridges, jetting out superheated water of over 400 °C. Though volcanism and tectonics are, or sometimes were, common processes on many solar system bodies, there is another option. Alkaline vents, first discovered in 2000 at the Lost City hydrothermal field, are powered by exothermic (energy-releasing) reactions between water and mineral-rich rock, heating water to a more gentle 70-100 °C. All these need are the right rocks with cracks in them so water can percolate down.

“In addition to hydrothermal vents, alkaline vents are another place where life might have started. All these need are the right type of rock with cracks in them so water can percolate down, no plate tectonics needed.”

Hand raises many other interesting questions towards the end of the book, of which I will mention just three. One, life’s metabolic reactions require so-called oxidants, oxygen being “the most glorious of oxidant” (p. 162), but how would these get down into subsurface oceans? Two, how contingent or convergent is the evolution of life’s biochemistry? Carbon is a suitable building material for life as it is “hands down the best team player on the periodic table” (p. 212). But does physics restrict us to these options, or can we sketch a periodic table of life with other, weirder possibilities? And three, how should we seek for signs of life? What makes a good biosignature? This is discussed far more in-depth in Life in the Cosmos, but Hand considers three types of evidence.

Alien Oceans limits itself to oceans in our solar system, not touching on the topic of exoplanetary oceans. Given this is not Hand’s expertise, that is reasonable. He also glosses over the question of what aliens might look like, though he speculates on the likelihood of intelligent life in ice-covered subsurface oceans. Even without these topics, Alien Oceans is information-dense, requiring me to make a summary, and then a summary of that summary while preparing this review. Nevertheless, it is an intellectually very rewarding book and the many analogies make it accessible. I enjoyed it as a follow-up to Ocean Worlds but it is a fine standalone book. Terribly fascinating, Alien Oceans makes a convincing case for exploring the moons in our solar system in the search for extraterrestrial life.

Hanlon’s The Worlds of Galileo

Schenk et al.‘s Enceladus and the Icy Moons of Saturn

Meltzer’s The Cassini–Huygens Visit to Saturn

Yarus’s Life from an RNA World

Cockell’s The Equations of Life

Lingam & Loeb’s Life in the Cosmos

Kershenbaum’s The Zoologist’s Guide to the Galaxy