The day an asteroid slammed into the Yucatán Peninsula some 66 million years ago is a strong contender for “the worst day in history”. The K–Pg extinction ended the long evolutionary success story of the dinosaurs and a host of other creatures, and has lodged itself firmly in our collective imagination. But what happened next? The fact that a primate is tapping away at a keyboard writing this review gives you part of the answer. The rise of mammals was not a given, though, and the details have been hard to get by. Here, science writer Riley Black examines and imagines the aftermath of the extinction at various times post-impact. The Last Days of the Dinosaurs ends up being a fine piece of narrative non-fiction with thoughtful observations on the role of evolution in ecosystem recovery. 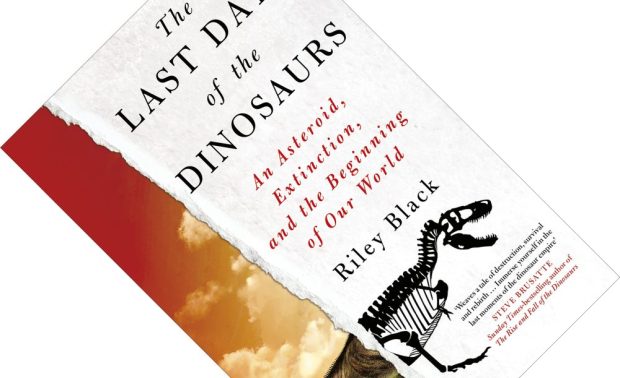 END_OF_DOCUMENT_TOKEN_TO_BE_REPLACED

Though I could not paint or draw a dinosaur if my life depended on it, I never tire of reading about palaeoart. What a treat, then, that Crowood Press revisits this subject with this book by US palaeoartist Emily Willoughby. Very much a resource for those already familiar with basic art techniques, it counsels the reader on what goes into making believable and memorable palaeoart. Featuring foremost Willoughby’s favourite subject, feathered dinosaurs, the book also doubles up as a beautiful portfolio of her artwork, showcasing her mastery of a wide range of media.

END_OF_DOCUMENT_TOKEN_TO_BE_REPLACED

Say “dinosaurs”, and most people imagine fossilised bones and spectacular museum displays. But body fossils are not the only remains we have with which to reconstruct dinosaur lives. Nor, and this might sound controversial, are they the most important. Or so argues palaeontologist, geologist, and ichnologist Anthony J. Martin. Ichnology is the study of animal traces, whether modern or fossilised. Most traces are ephemeral and disappear within hours or days, but occasionally some are buried and end up in the fossil record. With tongue firmly planted in cheek, and with more puns than you can shake a T. rex thigh bone at, Martin forays into the rich dinosaur trace fossil record: from footprints, burrows, and nests, to teeth marks and fossil faeces. For all the jokes, and despite having been published in 2014, he raises some really interesting points.

END_OF_DOCUMENT_TOKEN_TO_BE_REPLACED

Fossils can tell us what animals living in the distant past looked like. Over the centuries, palaeontologists have made incredible strides in reconstructing extinct life forms, helped along by cumulative experience, technological advances, and a steadily increasing body of rare but truly exceptionally preserved fossils. But reconstructing their behaviour—surely that is all just speculative? In Locked in Time, palaeontologist and science communicator Dean R. Lomax, with the able help of palaeoartist Bob Nicholls, presents fifty of the most exceptional fossils that preserve evidence of past behaviour: from pregnant plesiosaurs to a pterosaur pierced by a predatory fish. I was eagerly awaiting this book from the moment it was announced, but I was still caught off-guard by some of the astonishing fossil discoveries featured here. 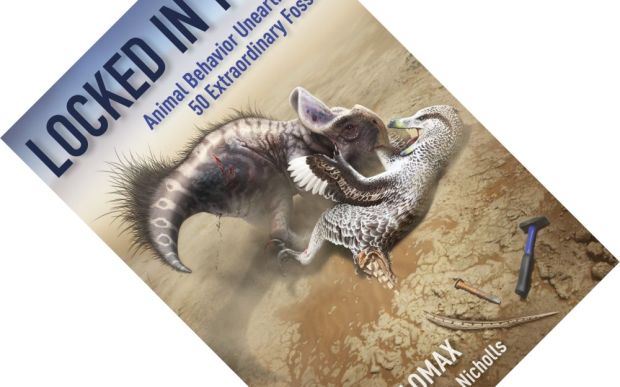 END_OF_DOCUMENT_TOKEN_TO_BE_REPLACED

The reintroduction of wolves to Yellowstone National Park is one of the best-known examples of wildlife conservation. To celebrate its 25th anniversary and summarise the many lessons learned, Yellowstone Wolf Project leaders Douglas W. Smith and Daniel R. Stahler, together with wildlife ecologist Daniel R. MacNulty, bring together research from over 70 colleagues in this large, edited collection. The combination of academic content, excellent photography, guest essays, and an online bonus documentary with interviews make this the go-to reference work for anyone wanting to go beyond the headlines on this reintroduction project.

END_OF_DOCUMENT_TOKEN_TO_BE_REPLACED

In the field of palaeoanthropology, one name keeps turning up: the Leakey dynasty. Since Louis Leakey’s first excavations in 1926, three generations of this family have been involved in anthropological research in East Africa. In this captivating memoir, Meave, a second-generation Leakey, reflects on a lifetime of fieldwork and research and provides an inspirational blueprint for what women can achieve in science. 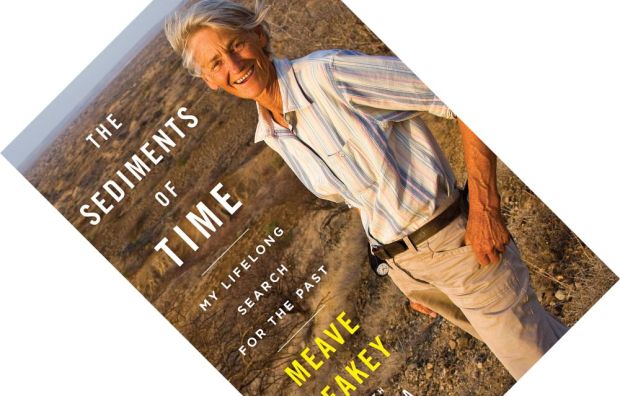 END_OF_DOCUMENT_TOKEN_TO_BE_REPLACED

The evolution of domestic dogs from wolves is something that has been written about a great deal. Seeing dogs are one of our oldest domesticates and very close to our hearts, there has been an intense interest in this subject. The First Domestication provides a new perspective by turning to a rich vein of knowledge that is often ignored by contemporary Western scientists: traditional stories from tribal and indigenous peoples. If the sound of that makes you roll your eyes – something I am normally much inclined to do – you would be missing out on an incredibly well-written book that deserves your full attention.

END_OF_DOCUMENT_TOKEN_TO_BE_REPLACED

With his new book, The Creative Spark, Agustín Fuentes, a primatologist and anthropologist currently at the University of Notre Dame in Indiana, boldly puts forth the idea that what makes humans special is creativity. The ability of humans to switch back and forth between considering what is, and dreaming of what might be, and to then put these thoughts into actions (often collaboratively), has brought us a very long way from our primate origins to the tool-wielding, world-shaping force of nature of today. Along the way, Fuentes wants to do away with some of the dominant narratives regarding human evolution today, or rather, he thinks most of them oversimplify things and lead to distortions in our thinking. Instead, he presents a new synthesis that places creativity front and centre stage as being the most important mechanism that helped us overcome challenges.