Geologist and palaeontologist Donald R. Prothero is a busy man. Next to writing a steady stream of books on geology, fossils, and evolution, he is a noted sceptic. Previous books have addressed cryptozoology, UFOs and aliens, and science denial more generally. In Weird Earth, Prothero debunks conspiracy theories and pseudoscience relating to our planet, making for an entertaining slaying of geological fringe ideas. However, his aim is not merely to demean, but also to show readers what the actual evidence is and how we gather it. If the idea of a flat earth strikes you as unbelievable, buckle up, because it gets much weirder.

END_OF_DOCUMENT_TOKEN_TO_BE_REPLACED

I will happily shoehorn a Monty Python reference into any conversation, but in this case historian Walter Scheidel beat me to it. What did the Roman Empire ever do for us? It fell and never returned – and with it, it paved the way for modernity. That, in one sentence, is the bold idea Scheidel puts forth here. And rather than ask why Rome fell, he has far more interesting questions for you. Why did nothing like it arise ever again in Europe? Why did it arise in the first place? And how did this influence the way Europe came to dominate the world much later? Escape from Rome is a brilliantly subversive book that offers a refreshingly novel look at how Europe got to where it is now.

END_OF_DOCUMENT_TOKEN_TO_BE_REPLACED

What is the price of humanity’s progress? The cover of this book, featuring a dusty landscape of tree stumps, leaves little to the imagination. In the eyes of French journalist and historian Laurent Testot it has been nothing short of cataclysmic. Originally published in French in 2017, The University of Chicago Press published the English translation at the tail-end of 2020.

Early on, Testot makes clear that environmental history as a discipline can take several forms: studying both the impact of humans on the environment, and of the environment on human affairs, as well as putting nature in a historical context. Testot does all of this in this ambitious book as he charts the exploits of Monkey – his metaphor for humanity – through seven revolutions and three million years.

END_OF_DOCUMENT_TOKEN_TO_BE_REPLACED

Ours is the latest generation to be engaged in a blood-soaked conflict that has lasted millennia. The quote “we have met the enemy, and he is us” might come to mind, but no. Rather, as E.O. Wilson once wrote: “It is the little things that run the world“. Historian Timothy C. Winegard here offers a sweeping history of major turning points in human history observed through the compound lens of the mosquito. With an estimated compound death toll of 52 billion an insect that is truly worthy of the title “destroyer of worlds”. 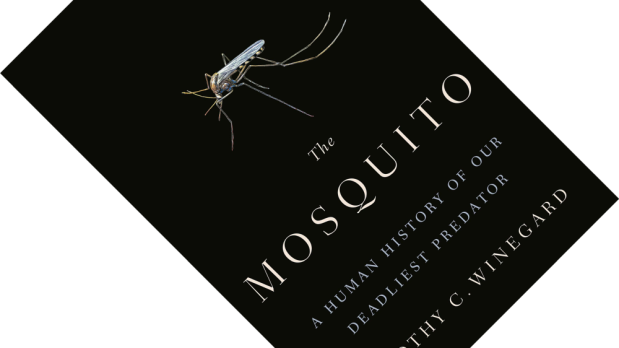 END_OF_DOCUMENT_TOKEN_TO_BE_REPLACED

In the minds of most people, the words “Ice Age” will invoke images of mammoths and sabertooth tigers. But historians use the phrase “Little Ice Age” to refer to a particular period in recent history when average temperatures dropped for a few centuries. The impact this had on societies was tremendous. In Nature’s Mutiny, originally published in German and here translated by the author, historian Philipp Blom charts the transformations that resulted and shaped today’s world. It is also one of the most evocative book titles I have seen this year.