Every few years, it seems, there is a new bestselling Big History book. And not infrequently, they have rather grandiose titles. Who does not remember Guns, Germs and Steel: A Short History of Everybody for the Last 13,000 Years or Sapiens: A Brief History of Humankind? But equally often, these books rapidly show their age and are criticized for oversimplifying matters. And so I found myself with The Dawn of Everything: A New History of Humanity, a 692-page brick with an equally grandiose title. In what follows, I hope to convince you why I think this book will stand the test of time better. 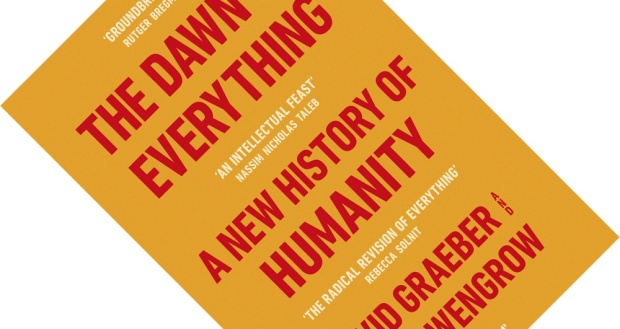 END_OF_DOCUMENT_TOKEN_TO_BE_REPLACED

Imagine being a successful dinosaur palaeontologist and landing a professorship before you are 40, authoring a leading dinosaur textbook and a New York Times bestseller on dinosaurs. Imagine achieving all that and then saying: “You know what really floats my boat? Mammals.” After the runaway success of his 2018 book The Rise and Fall of the Dinosaurs, palaeontologist Stephen Brusatte shifted his attention and now presents you with the follow-up, The Rise and Reign of the Mammals. Taking in the full sweep of mammal evolution from the late Carboniferous some 325 million years ago to today, this book is as epic in scope as it is majestic in execution.

END_OF_DOCUMENT_TOKEN_TO_BE_REPLACED

In Being a Human, Charles Foster attempts to inhabit three past eras to find out first-hand how humans came to be who they are. He lives like an Upper Palaeolithic hunter–gatherer, an early farmer in the Neolithic, and he briefly visits the Enlightenment—or so we are promised. When I received this book, I was, admittedly, slightly unsure. Any attempt to live like past humans, especially hunter–gatherers, is fraught with difficulties as so many things have irrevocably changed: the flora and fauna, the landscape, the knowledge most of us have gained (you cannot really unsee germ theory) but also lost (who here can kill and prepare an animal or make a fire without modern tools?), or the fact that we lived in large communal groups. When the flap text also mentions shamanic journeys I was fearing the worst: am I about to witness yet another affluent man’s mid-life crisis?

END_OF_DOCUMENT_TOKEN_TO_BE_REPLACED

Neanderthals have enjoyed quite the renaissance in the last decade or so, with research attributing skills and capacities to them once considered uniquely human. One of the most contested claims in this arena is language. Since (spoken) language does not fossilise, nor leave material traces in the archaeological record, the case for Neanderthal language relies on indirect evidence. In this book, linguist Rudolf Botha takes a hard-nosed look at why this matter is so controversial and offers a framework to properly tackle it. 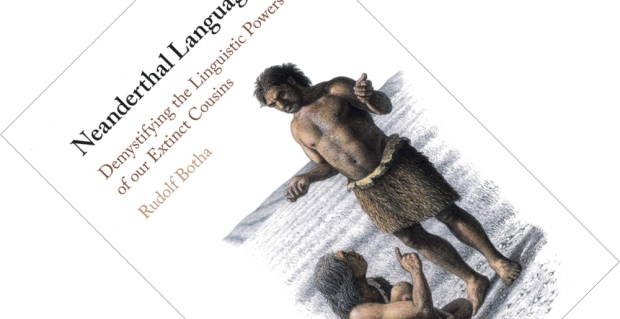 END_OF_DOCUMENT_TOKEN_TO_BE_REPLACED

Whatever mental image you have of our close evolutionary cousins, the Neanderthals, it is bound to be incomplete. Kindred is an ambitious book that takes in the full sweep of 150 years of scientific discovery and covers virtually every facet of their biology and culture. Archaeologist Rebecca Wragg Sykes has drawn on her extensive experience communicating science outside of the narrow confines of academia to write a book that is as accessible as it is informative, and that stands out for its nuance and progressive outlook. Is this a new popular science benchmark?

END_OF_DOCUMENT_TOKEN_TO_BE_REPLACED

Why are we, from an evolutionary standpoint, the last man standing? This question fascinates archaeologists and anthropologists, and the dominant narrative is one of humans outcompeting other hominin lineages, driving them extinct. In the process, our evolutionary cousins, such as Neanderthals, always get the short end of the stick, being clumsier, dumber, or just generally inferior to us. In a book that is both a popular summary of his work and a critique of current thinking in archaeology, evolutionary biologist Clive Finlayson aims to redress this balance. Neanderthals, he says, were a lot smarter than we give them credit for, and one unexpected line of evidence comes from the birds that lived alongside them.

END_OF_DOCUMENT_TOKEN_TO_BE_REPLACED

Underground spaces exert a strong pull on the imagination of most people, although for some this morphs into a fascination bordering on the obsessive. American author Will Hunt is one such person, part of a worldwide community of urban explorers who infiltrate into “the city’s obscure layers”. Though this encompasses more than underground spaces, they are a big part of it, and this book is Hunt’s story of how he fell in love with them. It is one of two big books published only five months apart on the subterranean realm, and I previously reviewed Robert Macfarlane’s Underland: A Deep Time Journey. Here I will turn my attention to Underground.

END_OF_DOCUMENT_TOKEN_TO_BE_REPLACED

These three tasks, so says nature writer Robert Macfarlane, signify our relationship with the world beneath our feet, both across time and across cultures. Underland is his lyrical exploration of underground spaces where people have sought shelter from warfare or hidden valuable treasures, are extracting minerals in mines or knowledge in research facilities, or are looking to dispose of waste. It is one of two big books published only five months apart on the subterranean realm, the other being Will Hunt’s Underground: A Human History of the Worlds Beneath Our Feet which I will be reviewing next. But first, Underland.

END_OF_DOCUMENT_TOKEN_TO_BE_REPLACED

With his new book, The Creative Spark, Agustín Fuentes, a primatologist and anthropologist currently at the University of Notre Dame in Indiana, boldly puts forth the idea that what makes humans special is creativity. The ability of humans to switch back and forth between considering what is, and dreaming of what might be, and to then put these thoughts into actions (often collaboratively), has brought us a very long way from our primate origins to the tool-wielding, world-shaping force of nature of today. Along the way, Fuentes wants to do away with some of the dominant narratives regarding human evolution today, or rather, he thinks most of them oversimplify things and lead to distortions in our thinking. Instead, he presents a new synthesis that places creativity front and centre stage as being the most important mechanism that helped us overcome challenges.