When I ask you to think of a palaeontologist, what comes to mind? Admit it, you likely thought of someone digging up dinosaur fossils. And that someone was probably a white man. Grounded in the past, and endlessly repeated in the present, this is of course a very narrow picture of what palaeontology is like. In Explorers of Deep Time, Roy Plotnick, a palaeontologist and emeritus professor in earth and environmental sciences, challenges this and other stereotypes. Pardon the excruciating pun, but he leaves no rock unturned in the process of showing the many faces of modern palaeontology. 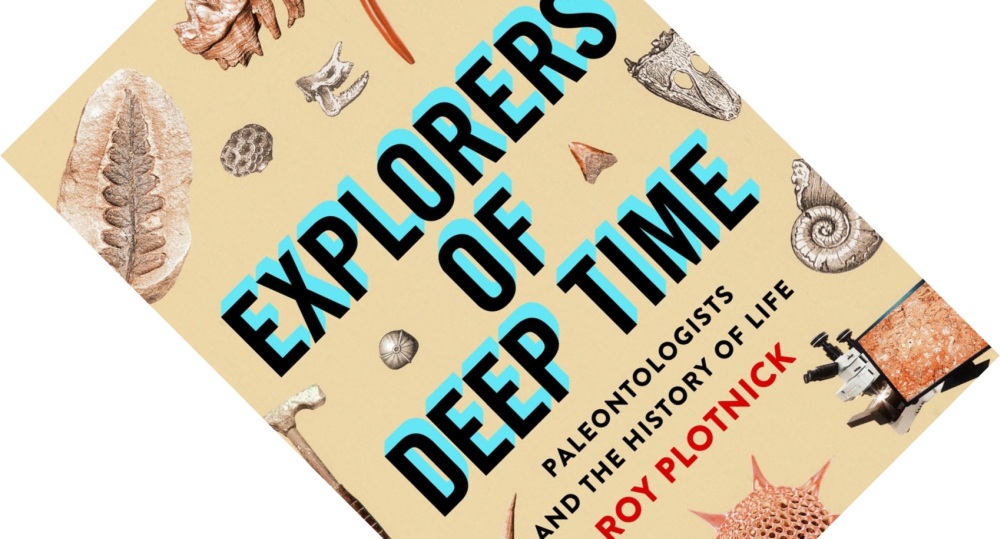 Explorers of Deep Time: Paleontologists and the History of Life, written by Roy Plotnick, published by Columbia University Press in February 2022 (hardback, 334 pages)

Despite the huge amount of media attention for palaeontology, the focus is very narrow. If you are not working on dinosaurs, good luck keeping people’s interest. Plotnick opens his book by clarifying that this is not a textbook nor a fossil collector’s guide. Instead, he talks about the practice of palaeontology. Who, really, are these explorers of deep time, and what do they do? What stands out is the sheer diversity of topics tackled here, and the excellent way in which the material is organised over four parts and 21 chapters.

One part covers palaeontology in practice. There is, of course, the fieldwork: where to go and what tools and gear to bring with you. The other important environment is museums and the various jobs here that serve both the scientific community and the general audience. Plotnick discusses the toolkit, with traditional tools increasingly complemented by modern devices such as spectrometers, synchrotrons, and photogrammetry. He describes the transformation of palaeontology into a big-data discipline where online databases such as the, to me unfamiliar, Paleobiology Database have become standard tools. This was part of the palaeobiological revolution of the 1960s and 70s in which scientists started to use the fossil record to ask new questions about the history of life more broadly.

A second part covers palaeontology as a career. How do you train to become a palaeontologist? With a few exceptions, biology or geology are still the main inroads, but there are many more things you can do to prepare your career, as Plotnick shows here. There is a searingly honest talk about job prospects: the long hard road to tenure (i.e. a permanent position), the attrition on the way there, and modern challenges such as academic couples who can be pulled in different directions as they each try to advance their careers. Plotnick also discusses publishing and peer review, the joys and hardships of attending academic conferences, and the pain points of funding and grant applications.

“Explorers of Deep Time does not shy away from discussing uncomfortable and controversial topics that some would perhaps rather not talk about.”

The last part steps back and takes a wider view of how palaeontology interacts with other groups: commercial fossil traders, amateur fossil collectors (often very knowledgeable), and palaeoartists. He talks about teaching and public outreach, paying particular attention to how both palaeontologists and the faith community are responding to the challenge posed by creationism. Plotnick agrees with Stephen Jay Gould’s concept of non-overlapping magisteria and is involved in organisations that see people of faith oppose the teaching of creationism in the US educational system. In his opinion, “we err in assuming the hostility of people of faith in these scientific concepts. They are more often than not key allies” (p. 252).

Next to this overview, Explorers of Deep Time does not shy away from discussing uncomfortable and controversial topics that some would perhaps rather not talk about. Examples of the former include sexual harassment in the field and at conferences, and what to do about the underrepresentation of women and ethnic minorities*. The latter covers such topics as the friction with commercial fossil traders, the monetary versus scientific value of fossils, the insalubrious history of collecting fossils without seeking permission from indigenous people, or the current hot-button topic of human rights abuses linked to the trade in Burmese amber from Myanmar (there was a good podcast about this topic recently over at Palaeocast).

“palaeontology is not a dusty and outdated discipline […] it is vital to biology: the fossil record is the history of life’s development.”

The second goal of this book, which is woven throughout, is to convince the reader that palaeontology is not a dusty and outdated discipline. First, it is vital to biology: the fossil record is the history of life’s development. As Plotnick pointedly observes: “nearly all studies in modern biology are ahistorical, looking only at the current snapshot in time. To truly understand biology is to recognize the role of history, which is recorded by paleontology” (p. 15). Particularly interesting is his point that we often mischaracterise the process of fossilization: “Every step in fossilization is not simply loss of information; instead, each phase adds critical evidence […] much of which is unique to it” (p. 110). Second, Plotnick descends into the “disciplinary jungle” (p. 21) to show you just how many other academic fields rely on information from fossils; you can validly prefix many of them with “palaeo-“. Third, the information recorded in the fossil record is highly relevant to today’s problems of climate change and biodiversity loss. Rather than picking a side on whether we are or are not (yet) in the midst of the sixth mass extinction, Plotnick points out how this one is different and why it is hard to make direct comparisons.

Overall, Explorers of Deep Time is a highly informative book for people in and outside of palaeontology that touches on every topic under the sun. Fortunately, Plotnick’s humour and anecdotes ensure it is not a dry read. If you are curious about what palaeontologists do or you are thinking of pursuing it as a career, this book is vital reading that goes far beyond the material covered in David Penney’s brief So You Want to Be a Palaeontologist? In his conclusion, Plotnick observes that palaeontologists are scattered over various professional societies that do not necessarily talk to each other. Thus, for insiders, the coverage of internal controversies, professional challenges, and topics relevant to various stages of one’s career are valuable reminders.

* Plotnick admits that his own demographic (white, male, old, and American) only gives him limited insights, but includes interviews and short biographies of people of all walks of life who have ended up in palaeontology.

Penney’s So You Want to Be a Palaeontologist?