When it comes to environmental issues, certain topics steal the limelight, with climate change, deforestation, and biodiversity loss being prominent examples. However, humans have only so much time and energy available, meaning that other, potentially more pressing problems might not get the attention they deserve. Resource depletion, specifically all the materials we dig up from the Earth’s crust, has always struck me as one of them. It is easy to underestimate just how thoroughly dependent modern civilization is on a vast range of very basic substances. As we continue to extract these at ever-accelerating rates, competition and conflict seem inevitable. Guessing by the title of this book, Australian business journalist Geoff Hiscock seems to think so too. Yet this book was not quite what I was expecting. 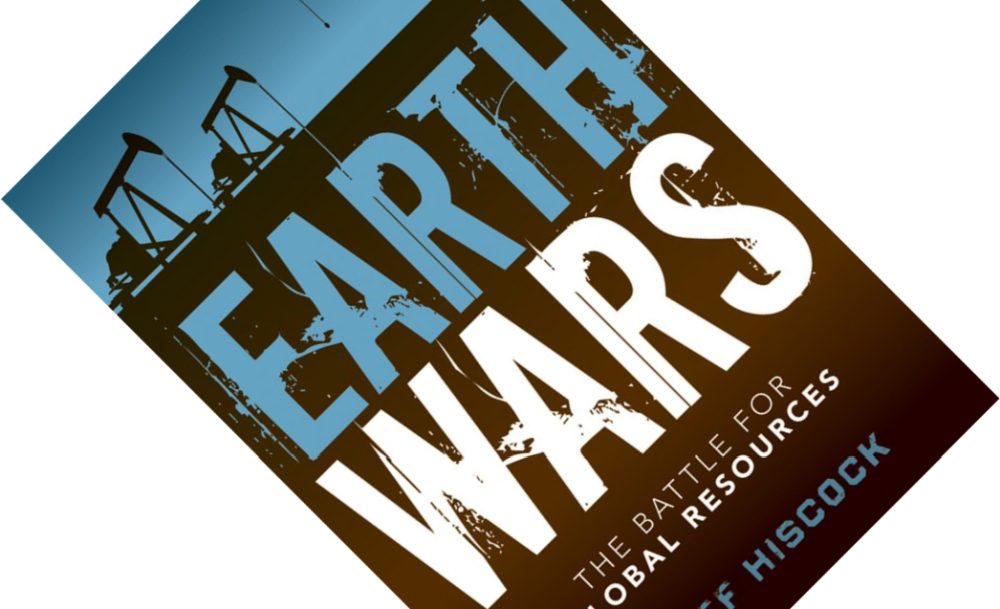 Hiscock’s main goal with Earth Wars is to introduce the major economies (especially China and India) that are consuming Earth’s resources and the kinds of resources they are competing for. Given that this book was published in 2012, it is inevitable that some information here is outdated, although the larger theme of future resource conflict holds up. Two factors, in particular, have given this book a somewhat limited shelf life.

First is Hiscock’s choice to give a snapshot of the state of play at the start of 2012. After having introduced the major movers and shakers (the trading, mining, and energy companies), a large part of the book consists of chapters discussing both resources and capacities. The former covers primarily fresh water, fossil fuels (oil, gas, and coal), uranium, and metals such as copper and iron ore, both how much is being consumed and how much is still in the ground. The latter gives an overview of the sizes and output of mines, oil and gas fields, refineries, power stations, and assorted renewable energy infrastructures. The book goes into great detail which companies have stakes and investments in what and for how much, and which countries are expected to become important resource suppliers and see strong economic growth. By now, of course, this snapshot of the global economy has become dated, but as a historical overview of where we were at the time of publication that is fine.

“Given that this book was published in 2012 [Hiscock’s] snapshot of the global economy has become dated, but as a historical overview of where we were at the time of publication that is fine.”

A second aspect of this book that has aged less well is Hiscock’s mention of the numerous forecasts, outlooks, predictions, and plans of all these companies and countries. Following up on each statement would be tantamount to rewriting this book, but when out of curiosity I did some spot checks it was clear that things have not always panned out as expected. For example, the Ok Tedi copper mine in Papua New Guinea, subject of a 1996 environmental damage lawsuit, did not close in 2013 as expected, while the plans to turn the Australian Olympic Dam mine into the world’s largest open-pit mine were shelved by the time this book was published. Other things came to pass, but not quite as expected. The Brazilian Belo Monte dam was completed in 2019 rather than 2015, but already seems to be running into trouble, while the repeatedly-mentioned planned merger between global commodities trader Glencore and mining company Xstrata turned into a takeover. Of course, I do not expect Hiscock to have a crystal ball, but readers will have to keep this in mind.

Every reader comes to a book with certain expectations of what will be discussed. These not being met does not necessarily mean the book should be judged negatively. With that caveat in mind, I was nevertheless surprised that Hiscock fails to engage with the impossibility of endless growth on a finite resource base, all the more so as he is aware of it. The publisher’s blurb mentions the “ongoing scramble for finite natural resources“, chapter 1 opens with the acknowledgement that “the pressure on the planet’s finite resources is rising rapidly” (p. 1). Even the concept of the Great Acceleration is not new to him, as evidenced when he quotes Rio Tinto chief executive Tom Albanese, speaking in 2011: “Over the next 30 years it is projected that the world will consume as much copper as it has over the last 10,000 years” (p. 139). Regarding iron ore mining in Australia Hiscock estimates that “By 2020, mining in the Pilbara could reach 1 billion tonne a year, meaning that without further resource discoveries, the ore could be gone within 30 years” (p. 162). Does this not set any alarm bells ringing?

“I was […] surprised that Hiscock fails to engage with the impossibility of endless growth on a finite resource base, all the more so as he is aware of it.”

The book’s title suggests that the likely outcome is (violent) conflict. And though Hiscock highlights hotspots, he does not really explore this theme. Nor does he ever question any of the industry executives or business leaders he had access to while writing this book. What will they do when the resource party fizzles out? Is it even ethical or desirable to turn the planet inside out to get at the last resources? I feel this is a missed opportunity, especially from a journalist with access to some very elite business circles. I will have to dust off my copies of Bardi’s Extracted and Klare’s The Race for What’s Left for a future review.

As Eileen Crist highlighted in Abundant Earth (I keep coming back to this book), the language people employ is very revealing. Earth Wars describes our planet as an endless portfolio of assets to be acquired, of reserves to be brought on stream, of blocks to be developed. And I get the uncomfortable feeling that when Hiscock speaks of Earth Wars, he is not talking about the actual warfare in our future, but of the competition between businesses. Like a game show host, he writes of Russia that if it can get its act together and overcome the many challenges ahead “it will be a genuine Earth Wars winner“. And a bit further on: “If the Earth Wars were a sporting contest, here’s how the half-time score might stand at the beginning of 2012 […]” (p. 261).

This is not a lazy Sunday afternoon game of football where afterwards we all get to pat each other on the back for a match well played and go home for supper! It is hard not to come away with the impression that these business sectors are run by people with some serious tunnel vision.

“I get the uncomfortable feeling that when Hiscock speaks of Earth Wars, he is not talking about the actual warfare in our future […] Like a game show host, he writes of Russia that if it can get its act together […] “it will be a genuine Earth Wars winner“”

Putting these ideological differences aside for a moment, there were some interesting bits I did take away from this book. The book drives home the point how interconnected these industries are with pretty much everyone having fingers in each other’s pies. Hiscock also lifts a corner of the veil on the little-known business sector of global commodity traders that aim “to keep the lowest possible profile” (p. 39) – the upcoming The World for Sale promises to rip the veil off this completely. And though sand does not feature here, he does briefly mention the importance of rare earth elements that “one day may prove the biggest mining bonanza of them all” (p. 2). I discuss these more in-depth in reviews of The Elements of Power and The Rare Metals War.

For readers interested in the economics of natural resources, Earth Wars provides an in-depth snapshot. By its very nature, this picture is now dated, and not all material here has aged well. The title personally led me to expect a different take on the topic than the one Hiscock delivers here, so I will be turning to below books to explore this topic further.

Klare’s The Race for What’s Left

Blas & Farchy’s The World for Sale

Beiser’s The World in a Grain