How do you predict something that has never happened before? That is the question heading this book. And as it so happens, there is an formula for that. Purportedly a book about Bayes’s theorem, author William Poundstone quickly latches onto the doomsday argument and whizzes the reader through a mishmash of thought experiments and philosophical puzzles that try to answer the question how long humans will survive.

How to Predict Everything: The Formula Transforming What We Know About Life and the Universe, written by William Poundstone, published in Europe by Oneworld Publications in June 2019 (paperback, 320 pages)

Unless you are familiar with statistics and probability theory, the words Bayes and Bayesian may not mean much, even though this idea has become incredibly influential. So, Poundstone starts off with a short introduction to Bayes’s theorem. This rule-set allows you to incorporate new information and evidence when you try to establish the likelihood of a certain event. For example, when calculating what the odds are of drawing an ace from a deck of cards, Bayes’s theorem allows you to adjust your belief in the likelihood of it happening next every time you do not draw an ace (assuming, of course, that you do not shuffle cards back into the deck).

The curious fact is that we do not really know what British clergyman Thomas Bayes intended with his theorem. The manuscript describing it only came to light after his death in 1761 when fellow philosopher and mathematician Richard Price went through Bayes’s notes and sent it to the Royal Society in London, with the French polymath Pierre-Simon Laplace subsequently popularising it. But widespread use had to wait until the invention of computers.

Reading the book’s blurb you might expect How to Predict Everything to survey the theorem’s many applications (and Poundstone mentions some), but that is not quite what it delivers (for that, see The Theory That Would Not Die). Instead, he latches onto the question of how long humanity will survive, known as the doomsday argument. So is this a book about existential threats then? Not quite either. For that, see the recently reviewed End Times which offers a popular introduction to a wide variety of ways the world might realistically end, and the people whose job it is to seriously think about that. The real focus of this book is not the question of how humanity will end, but how we might calculate the odds (appropriately, the book is published in the US under the title The Doomsday Calculation).

Poundstone has split the book into two halves. In the first part, he introduces the doomsday argument and how Bayes’s theorem sheds light on it. Two schools of thought dominate the discussion, Poundstone writes. Astrophysicist Richard J. Gott III argued that there is nothing special about this moment in time. This is known as the Copernican method, after the astronomer Copernicus who said the same about our position in space. You are more likely to be somewhere in the middle of an event than right at the beginning or the end (e.g. when you walk in on a gig at a bar). A counterargument was made by astrophysicist Brandon Carter and philosopher John Leslie. Where Gott omitted prior probabilities from his reasoning, the Leslie-Carter argument relies on the idea of self-sampling: you are a random member of your group, and you can use your position in the group (e.g. the number on a raffle ticket you just bought) to say something about it (the likely number of raffle tickets in circulation). Though Carter started thinking about the doomsday argument in these terms first, he was reticent to discuss it widely and later encouraged Leslie to promote it, resulting in the 1996 book The End of the World.

“[The] focus of this book is not the question of how humanity will end, but how we might calculate the odds.”

The remainder of the first part then describes how the academic discussion has developed. Seeing the wide range of estimates provided for humanity’s survival, many people have called the whole doomsday argument quatsch. So, Poundstone goes through twelve of the most common refutations and why he thinks these do not stand up to scrutiny. Others have taken the idea to heart and the book discusses some of the nice brainteasers and thought experiments it has given rise to. Noteworthy names here are William Wells who thinks a post-apocalyptic future is more likely than total extinction. Another is physicist Carleton Caves, who points out that Gott’s omission of prior probabilities from his argument only works for scale-invariant processes that have no characteristic duration – most real-life processes are not like that. And there is Niklas Bostrom, whose serious and unbiased work on the doomsday argument has earned him a large audience.

In the second half of the book, Poundstone shows how some of these discussions have spilt over into other fields. The doomsday argument is one example of trying to come up with probabilities for something that has never happened before, but the idea of self-sampling can be applied to other big questions. Poundstone here whizzes through ideas that some might consider too preposterous. Are we living in a simulation? Could physics experiments destroy the universe? Should we fear the rise of artificial intelligence? (“Yes!” say some.”No!” say others. A third group, including Bostrom provides a more balanced argument.) How likely is intelligent life to arise in the universe? Are we alone? You might recognise that last one as the question asked by Enrico “where-is-everybody?” Fermi. The Drake equation tries to offer an answer and one the few remaining unknowns is: “how long do extraterrestrial civilizations survive?” Which is the doomsday argument by another name.

“Poundstone here whizzes through ideas that some might consider too preposterous. Are we living in a simulation? Could physics experiments destroy the universe?”

In a discussion on speculative ideas in physics, you cannot avoid quantum mechanics, so Poundstone duly brings it up. My recent review of Something Deeply Hidden had prepared me for the many-worlds interpretation espoused by Everett, though Poundstone does a nice job here in offering really concise explanations. He also discusses cosmic fine-tuning, the idea that the universe is uniquely designed for intelligent beings, and one response which renders that idea moot: that of the existence of a multiverse. Here he is perhaps too brief. The idea of cosmic inflation and of space expanding faster than the speed of light is mentioned so casually that you might gloss over it. I raise this point as it came up when I reviewed Gould’s Universe in Creation, which made an effort to communicate just how unusual this idea is.

Overall, I thought How to Predict Everything was a fun and energetic romp through a mishmash of philosophical and cosmological ideas, though it lacks a bit in focus and structure as a consequence. My suspicion is that mileage will vary for readers: those specifically interested in Bayes’s theorem or existential threats might be left wanting more, while others might roll their eyes at the outlandishness of some of the ideas here. If you are not turned off by pondering some of the speculative scenarios mentioned earlier, then Poundstone delivers an engagingly written foray.

How to Predict Everything / The Doomsday Calculation paperback

Mcgrayne’s The Theory That Would Not Die paperback

Leslie’s The End of the World paperback

Zarkadakis’s In Our Own Image paperback

Webb’s If the Universe is Teeming with Aliens… Where is Everybody? paperback 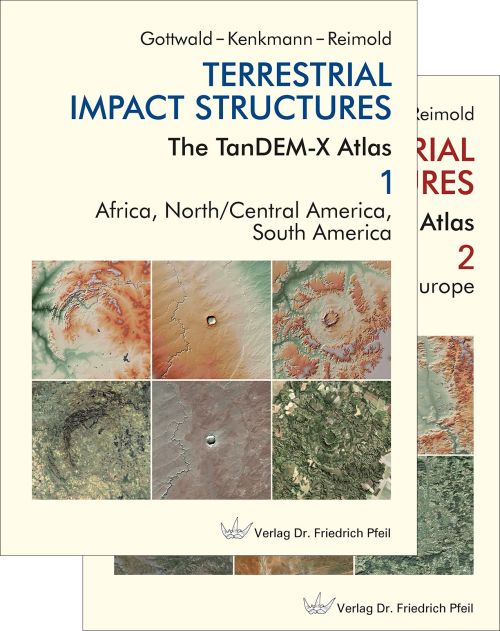