To outsiders, phylogenetics, the study of the evolutionary relationships between organisms, must seem like quicksand: the landscape is ever-changing and what you thought was solid ground can turn into contested and unstable territory overnight. Even so, we are getting an ever-clearer picture. In no small part this is due to new methods: the rapid technological progress in DNA sequencing has now made it both feasible and affordable to sequence whole genomes (all of a cell’s DNA) instead of selected genes for many taxa. And when you can bring multiple lines of evidence – morphological, developmental, genetic, and palaeontological – to bear on the question of evolutionary relationships, the resulting family trees become better supported and more credible. That is exactly what Gonzalo Giribet and Gregory Edgecombe, both experts in invertebrate biology and palaeontology, have done here in The Invertebrate Tree of Life – a work of dizzying scope since 96% of all known species are invertebrates. They have synthesized a truly monstrous amount of research to give an overview of our current thinking on invertebrate phylogeny, writing a new benchmark reference work for students of invertebrates.

As the authors point out in their preface, it is exactly the pace of progress that makes this book relevant and gives it a reason to exist next to third editions of e.g. Nielsen’s Animal Evolution and Brusca’s Invertebrates – two works that have much inspired these authors. Those works date back to 2012 and 2016, respectively. The nearly 3,000 references here, packed in a 100-page bibliography, bring the reader bang up-to-date to mid-2019. 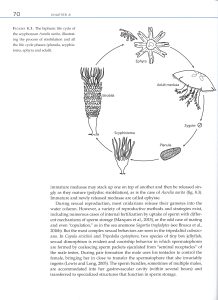 In 52 chapters, the authors navigate down the different branches of the invertebrate tree of life, for most groups summarising at least their systematics, genomics, and the fossil record where information is available. As they point out, that last one is often an either/or proposition. Either books discuss the biology of living invertebrates, or they focus on the fossil record (On the Origin of Phyla is mentioned as an example). You might think that it is only invertebrates with shells or exoskeletons that would litter the fossil record. And they do. But several exceptional sites, so-called Lagerstätte, preserve invertebrate fossils in exquisite detail, revealing more than just the hard parts. Next to the well-known Burgess Shale in British Columbia (see The Crucible of Creation: The Burgess Shale and the Rise of the Animals), there is the Chengjiang biota found in the Chinese province of Yunnan (see The Cambrian Fossils of Chengjiang, China: The Flowering of Early Animal Life).

For the better-studied groups, the authors provide additional information on morphology, physiology, neuroanatomy, reproduction, development, and life cycles. Given the scope of this work these sections are necessarily brief – this book is explicitly not intended as a complete textbook on invertebrate biology. But it will give you the basics with plenty of references to papers and books if you want to read more on, say organ systems (see The Evolution of Organ Systems) or neuroanatomy (see Structure and Evolution of Invertebrate Nervous Systems). And if you want to go into the real technical details on any one group, the ongoing The Handbook of Zoology series published by De Gruyter is your next port of call.

“You might think that it is only invertebrates with shells or exoskeletons that would litter the fossil record. And they do. But several exceptional sites, so-called Lagerstätte, preserve invertebrate fossils in exquisite detail […]”

This brevity notwithstanding, there is plenty of absolutely fascinating material here even when invertebrate taxonomy is not your speciality. I knew that cnidarians have a complex life cycle, with free-swimming jellyfish alternating with sessile polyps. But wait, boloceroidid sea anemones can swallow their own tentacles that then grow into new polyps? Or what to think of all the invertebrate groups practising kleptocnidism: the stealing of the stinging nematocyst cells from Cnidaria, which are then used for their own defence? And what to make of the fact that in Platyhelminthes (flatworms) even a single cell can regenerate an entire animal?

The authors also do a good job balancing how much (or really, how little) information they provide for well-known groups such as arthropods and molluscs versus all the other lesser-known groups. Getting more familiar with the latter gives the reader a renewed appreciation of the diversity of life. So, yes, invertebrate organisms can be both bizarre 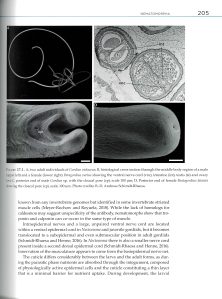 and incredibly diverse, but communicating this is a but a secondary aim of this book.

The real value of The Invertebrate Tree of Life is the discussion of evolutionary relationships and how our thinking has shifted over time: how we used to think groups were related, what names have fallen by the wayside, and how other group names have come to encompass different groups. For example, Arthropoda used to include Onychophora (the velvet worm, pictured on the book’s cover), which is now considered a sister group. These shifts in nomenclature can make entering the literature a daunting prospect, so this historical review is invaluable.

“The real value of The Invertebrate Tree of Life is the discussion of evolutionary relationships and how our thinking has shifted over time […] These shifts in nomenclature can make entering the literature a daunting prospect, so this historical review is invaluable.” 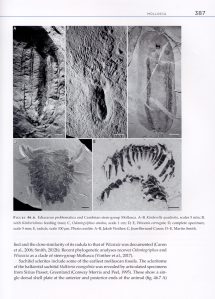 Similarly, the authors provide a good overview of current competing schools of thought on evolutionary relationships. For example, some authors talk of the clade Neuralia (Cnidaria + Ctenophora + Bilateria, but excluding Porifera and Placozoa), while Giribet & Edgecombe support the clade Planulozoa (Cnidaria + Placozoa + Bilateria). Similarly, which groups are part of Xenacoelamorpha (a clade of mostly marine worms)? That depends on who you ask. They also guide the reader to areas of consensus, and the kinds of data in support of it. Take Nemertea (ribbon worms), which look like flatworms. The current consensus based on phylogenomic analyses places them closer to molluscs and annelids.

The book is illustrated with a selection of photos of extant and extinct species, detailed trees for the internal organisation of prominent groups such as molluscs and arthropods, and useful schematic drawings of morphology, anatomy, and life cycles of other notable groups. My only criticism is that, for a book that wishes to be a textbook for students, there is no glossary – the authors assume familiarity with terminology. Some of it is explained, but can you tell paraphyly from polyphyly, synapomorphy from plesiomorphy, or schizocoely from enterocoely? I admittedly had to look some of this up, 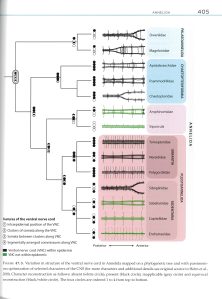 and some diagrams in the introductory chapters to get everyone on the same page would have been useful. But this is a minor quibble.

The Invertebrate Tree of Life is an invaluable work for anyone entering or already working in the field of invertebrate evolution, taxonomy, and phylogenetics. By unlocking and reviewing a huge body of literature, identifying knowledge gaps, and providing a balanced overview of both current consensus views and disagreements, Giribet and Edgecombe provide an incredibly useful community service, making this work a benchmark for the future.

The Invertebrate Tree of Life hardback

Valentine’s On the Origin of Phyla paperback