The word “robot” will soon celebrate its 100th anniversary, as it was coined in 1920 by Czech writer Karel Čapek. But humanity’s fascination with self-moving devices, or automata, is far older. Classicist and science historian Adrienne Mayor here surveys the many living statues, robotic warriors, and artificial devices that populated Greek mythology to show the deep roots of our fascination with beings “made, not born”.

Before going in, just a few words on what this book is not. Though the title might suggest a historical overview of ancient automata, Mayor limits herself to Greek mythology, with some accounts from ancient India and China thrown in the mix. You will not find mediaeval automata here (see e.g. Medieval Robots: Mechanism, Magic, Nature, and Art), and do not expect mention of Leonardo da Vinci (for an introduction, see e.g. Leonardo’s Machines: Secrets and Inventions in the Da Vinci Codex). 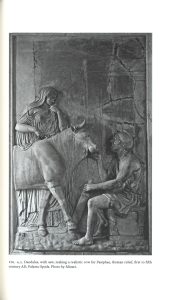 Similarly, the focus is as much on the myths and the ancient dreams of the subtitle, as it is on the machines. So those interested in the engineering and mechanical details, Mayor writes on this in the last chapter, but this book might not quite be what you hoped for. As she explains, the ancient Greeks imagined their gods capable of crafting robots without necessarily explaining how these were supposed to work, the gods’ expertise being beyond scrutiny. This area is not my speciality, but good starting points might instead be The Oxford Handbook of Engineering and Technology in the Classical World, the somewhat dated Technology in the Ancient World and Engineering in the Ancient World, and the hard-to-find Ancient Greek Technology: The Inventions of the Ancient Greeks.

On the flip side, coming from Princeton University Press, at least you know you will get thorough and serious scholarship. Any casual foray into the subject of ancient technology quickly descends into speculative ideas on the function of pyramids, borderline conspiracy theories about alien visitations, and before you know it you are reading Von Däniken.

“[…] the ancient Greeks imagined their gods capable of crafting robots without necessarily explaining how these were supposed to work, the gods’ expertise being beyond scrutiny.”

With these caveats in mind, what do you get? A mightily interesting look into the minds and thoughts of ancient Greeks, that is what. As Mayor says in her introduction, you might think that myths of artificial life refer to inert matter brought to life by the will of a god, but she makes a strong point that much mythology refers to products of 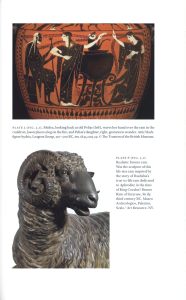 manufacture. Although she hesitates to consider all such myths direct precursors of modern technology, it should come as no surprise that people’s frame of reference at the time is reflected in their mythology.

Using a rich iconography, Mayor illustrates the various myths with photos of decorated coins, vases, gems, mirrors, and other objects. To the point that next time you visit a history museum, you will want to look twice at the ancient Greece section. Amidst the many regular depictions of gods and mythical creatures, there are some truly remarkable details that are easily overlooked. Mayor opens with the bronze giant Talos who was said to patrol the borders of Crete. Despite his origins, he turns out to be susceptible to all-too-human ruses and is destroyed by removing a bolt in his ankle, suggesting similarities to the story of Achilles. This causes him to “bleed out” his ichor, a vital substance akin to blood. Possibly this reflects ancient metallurgy techniques, though it also reminds one of the state of physiological knowledge of our circulation system back then.

“An important figure is Daedalus, a prolific tinkerer […] who fashioned Icarus’s wings. But few will know him for the first cow sexbot.”

An important figure is Daedalus, a prolific tinkerer. Mayor reminds us that, as with most cases, the surviving literature and other evidence is incredibly fragmentary, so opinions are divided on whether he was a real person, a mythical character, or even a group of inventors. Regardless, you will know him, for it is he who fashioned Icarus’s wings. But few will know him for the first cow sexbot.

It does make you wonder whether Princeton’s recent The Book of Greek & Roman Folktales, Legends, & Myths comes with a content warning. So, the adulterous King Minos, who ruled over the same Crete patrolled by the above Talos, was cursed by his wife Pasiphae. Any attempt at extra-marital sex would result in him ejaculating scorpions, millipedes, and snakes. Pasiphae, in turn, was punished by Zeus to lust after a bull in Minos’s herd. To satisfy her cravings she turns to Daedalus to make her a hollow replica of a cow that she can crawl into and that the bull can then mount. I will leave those working in the livestock industry, who use similar devices to collect semen from

bulls for use in artificial insemination, to ponder the deep roots of their profession.

Daedalus was so good at making his statues life-like that the theme of statues escaping their plinths became, well, a running gag in period dramas. But it also led to Socrates questioning whether such automata should be tethered to prevent them from escaping like runaway slaves. Mayor sees parallels to current conundrums. Are we comfortable considering robots and artificial intelligence (AI) as property, or even slaves? And who, then, is responsible for their actions? Early accidents with self-driving cars have already shown that this is no mere academic question.

“Who is responsible for the actions of AI? Early accidents with self-driving cars have already shown that this is no mere academic question.”

Similarly, Homer’s Odyssey describes Uncanny Valley-type responses (the unease felt towards life-like androids) millennia before roboticist Masahiro Mori first coined this term in 1970. More sexbots feature in the Pygmalion myth, which introduces the wonderful term algamatophilia, or statue lust. Mayor quotes classicist and psychologist Alex Scobie, who makes the point that this “arose at a time when Greek and Roman sculptural artistry achieved high degrees of realism and idealized beauty”. It made me wonder about the parallels that can be drawn to current concerns over the idealized portrayal of (especially) women in advertising, where all imperfections are airbrushed 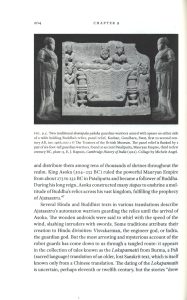 out and people’s proportions can be photoshopped.

Another important and relevant character in the Greek pantheon is Hephaestus, the god of, amongst others, metalworking, stone masonry, forges, and sculpture. A real maker god. Mayor describes a remarkable array of devices, including automatic gates, self-moving tripods (used by the Greeks to rest cauldrons on), life-like servants, and, most importantly, Pandora. Yes, she of the box – or more likely a large jar. A separate chapter tells her fascinating story, and I realised how little I knew about her: a robot sent on a retribution mission by Zeus, to punish Prometheus for stealing the fire of the gods.

“algamatophilia, or statue lust […] “arose at a time when Greek and Roman sculptural artistry achieved high degrees of realism and idealized beauty””

Amidst this plethora of automata and robots, two early chapters on the Greek obsession with eternal youth and immortality stand out somewhat. These deal less with imagined devices – though there is a magic cauldron promising rejuvenation – and more with the philosophical questions these prospects raise. Interestingly, the idea of “overliving” caused the Greeks more anxiety than that of mortality (see also Mocked with Death: Tragic Overliving from Sophocles to Milton).

Gods and Robots turned out to be a fascinating book on an unusual subject. There are certainly parallels to be drawn to current thinking and concerns about AI and robots (see also In Our Own Image: Savior or Destroyer? the History and Future of Artificial Intelligence) though Mayor is careful not to overstate her case. I think that especially those interested in, or currently reading, Greek mythology will find interesting context in this book. I know I have been terribly tempted by the recent release of a smart-looking boxed set from the University of California Press containing The Iliad and the Odyssey. And when I finally cave and get that, I know Mayor’s work will have prepared the way for better understanding some of what I will read there.

Zarkadakis’s In Our Own Image paperback

Homer’s The Iliad and the Odyssey hardback